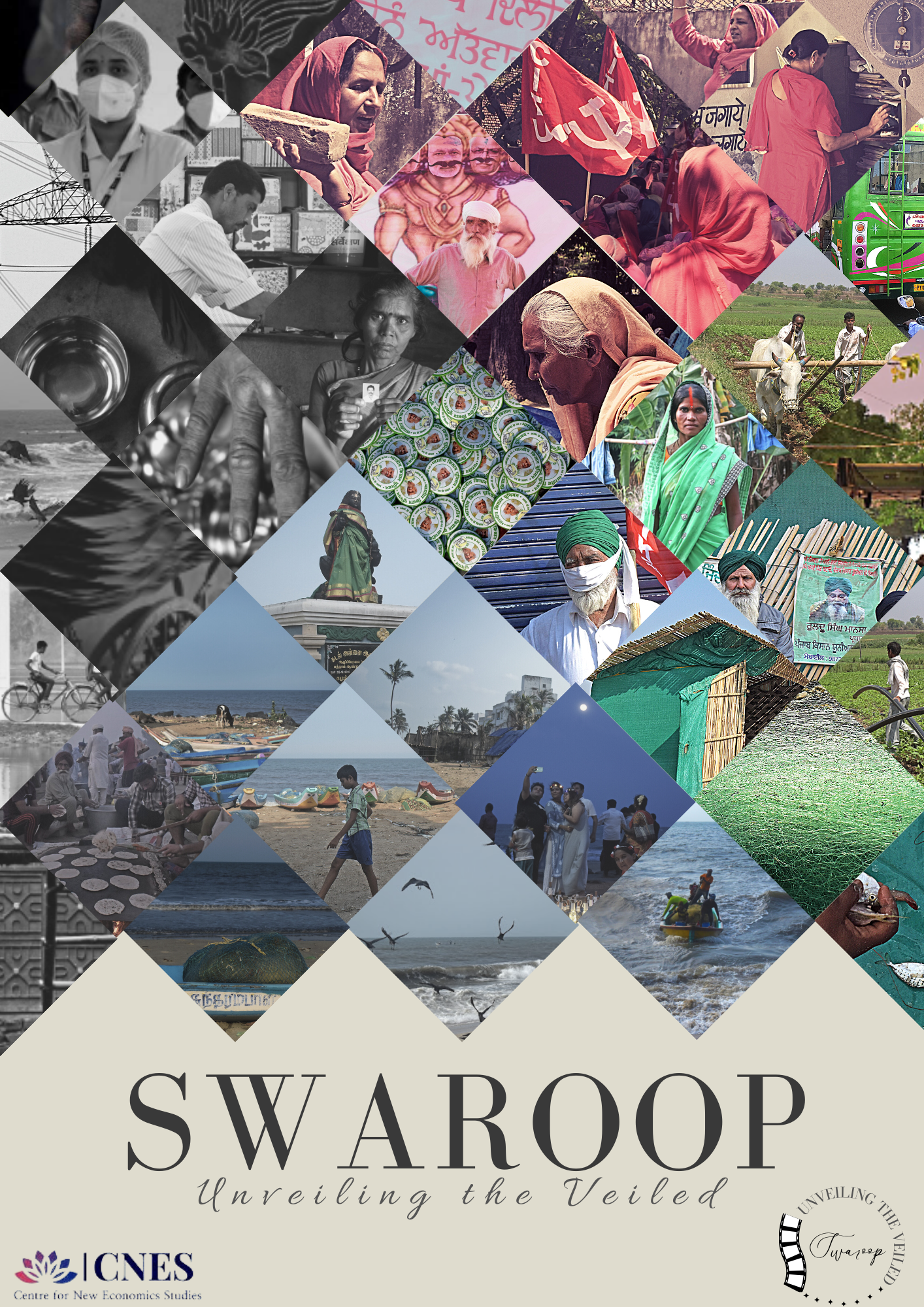 Link to the Handbook containing curated Photographs by Jignesh Mistry

“Swaroop” is a combination of 2 words “Swa” which means “Self” and “Roop” which means “form”. Together these combine, to convey the meaning of Swaroop as One’s true form.

For us, the research team at the Center for New Economics Studies, Swaroop signifies the essence of ‘form’ which may be used to describe the self-image of narrative identity, while portraying the truth.

The exhibited pieces reflected the photographic brilliance of the artist, Jignesh Mistry, and were a means of creative expression for visually commemorating our research team’s fieldwork in India, depicting a concentrated focus of research on the narratives, lives and livelihoods of unsecured workers and communities.

In the two-day event, the goal was of exhibiting an assortment of pictures and video essays produced from the teams’ field stories completed across India over the last two years, is to unveil the archives and experiences of those whose lives are veiled by institutional and systemic oppression.

The event was held on the premises of OP Jindal Global University campus in collaboration with the Jindal School of Liberal Arts and Humanities. The sale proceeds from the exhibition will be part of an all-engaging attempt to raise funds for undertaking future fieldwork, to create more of such visual storyboards while honoring the team’s past productions.